Experience the Australian seasons with your Australia visa

The four seasons in Australia

Australia is one of the most beautiful countries in the world. For this reason, it’s one of the most popular destinations for tourists. If you are planning a trip to Australia, it is necessary to consider that there are no specific recommendations regarding the seasons. Australia can be visited at any time of the year and it’s possible to enjoy suggestive landscapes and experiences that will remain in your heart all your life.
If you think about the Australian climate, it is advisable to carefully consider the extent of the territory. 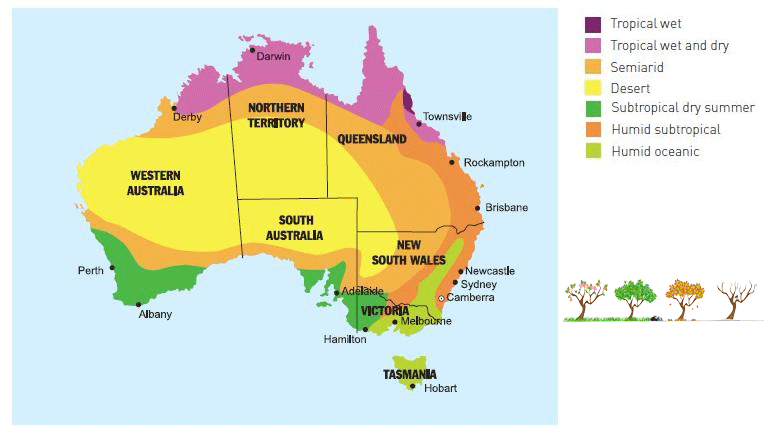 The Four Seasons on one continent | Visa-Australian.com

Australia’s climate is very different from region to region. In most of Australia, the four seasons alternate in the tropical north of Queensland (Cairns region, Whitsunday Islands and Daintree rainforest), in the Top End (region with Darwin, Katherine, KakadueArnhem Land) at Broome and Kimberley, there is only one so-called dry season (May to October) and one rainy season (November to April).
It’s important to consider that Australia is located in the southern hemisphere, its seasons are opposite to those of the northern hemisphere. Between December and February, this state enjoys a hot and humid climate. On the contrary, between June and August, it’s possible to find cold temperatures but still pleasant and mild. 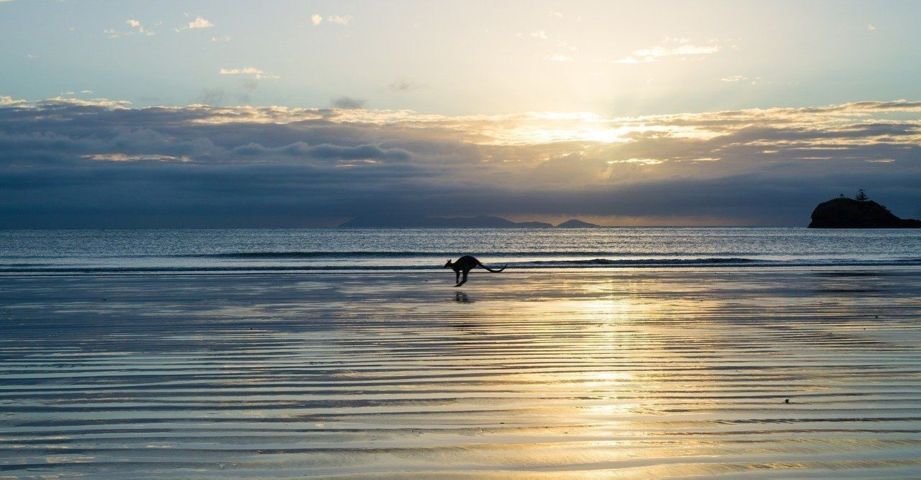 Typical Summer in Australia, kangaroos on the beaches. | Visa-Australian.com

The period from December to February is Australian summer. This period is ideal for spending hours on the beach.
Those who wish can practice sports such as surfing or even go diving or snorkeling. It is important to remember that to dive along the Great Barrier Reef, it is compulsory to wear a wetsuit because it is also the so-called jellyfish season.
However, it should not be forgotten that between November and April, in the northern coastal area of Darwin, Broome, Cairns, but also in the Whitsunday Islands, intense precipitation and tropical storms occur. With regard to the hinterland and the desert areas, the temperatures are quite high this season; the southern zone enjoys a pleasant climate
For sports lovers, the most beautiful places are undoubtedly Bondi Beach, where you can surf or Byron Bay where you can go kayaking. Those who like to relax can choose white and fine sand beaches like those of Espérance; those who prefer to walk can choose the suggestive trails of Tasmania.

Australian fall: weather from March to May

The Cliff of the 12 Apostles in the Australian Autumn

During these months in Australia, the green of nature is replaced by warmer hues like red and temperatures begin to drop. It is the best season to visit High Country in Victoria, Grampianse in Cradle Mountain and Lake St Clair National Parkin in Tasmania. During these months in the northern zone, heavy rains and storms occur and it is therefore not recommended to visit it. However, between March and May, many cities hold festivals and events that attract thousands of tourists from around the world each year.
if you wish to visit the southern zone during this particular period, you can have the privilege of observing the hatching of turtle eggs deposited on the beaches a few steps from the Great Barrier Reef in the south. The mild and pleasant temper
atures allow you to surf on both the Sunshine Coast and the Gold Coast and in Byron Bay.

Although Australia is known for its immense beaches and warm climate, the charm of this extraordinary land occurs in the middle of winter. Snow is not uncommon, especially in the south of the country and more particularly in the wonderful Australian Alps. Here there are many resorts, hotels and accommodations for ski and snowboard enthusiasts. Those who like the cold and want to see Australia at a particular and suggestive time of the year, we recommend the northern area (Darwin, Top End and Kimberley). In this area it is possible to enjoy a cool and sparkling climate. Those who wish to visit the southern part of the island will find a milder and more pleasant climate. In the Whitsunda or Cairnse Islands, it is also possible to try suggestive dives to explore the coral reef. Just in winter, then, the whales migrate north and therefore with beautiful boat trips, it is possible to attend these events during which local experts take tourists to the crossing points of these extraordinary cetaceans. 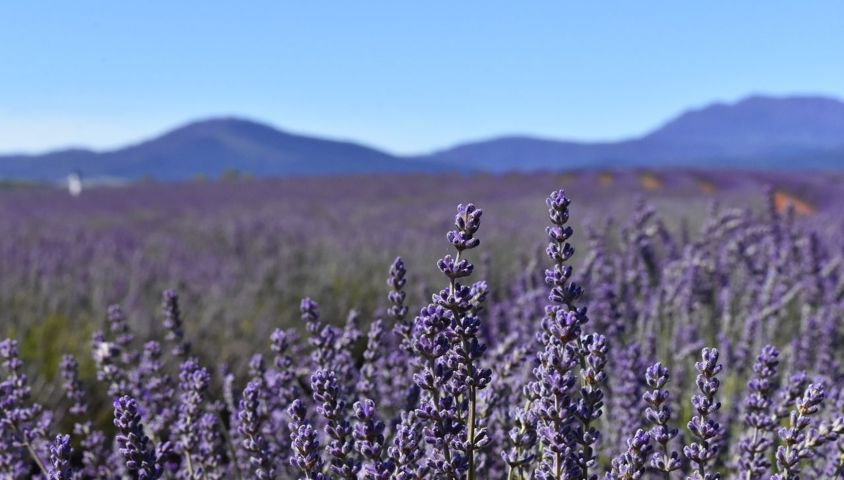 The typical colors of Australia in spring. | Visa-Australian.com

Even in Australia, spring has warm days and colder nights. In this season, it is possible to take advantage of the extraordinary awakening of nature and therefore to admire the flowering of jacarande plants and colorful wild flowers. Those who wish to come to Australia at this particular time of the year will be able to visit the main cities like Sydney and Canberra, but also the surroundings of the city of Perth. In nature reserves, parks or in the interior of Australia, you can admire a unique spectacle. The kangaroo and koala puppies, just in spring, start to come out of the baby carriers and explore the world. The mild temperatures are the perfect opportunity to visit the Northern Territory or head towards the hinterland to also visit the desert areas, inaccessible during the summer due to the high temperatures.

During the rainy season in Australia, hot days, heat, tropical rains, monsoons and hurricanes alternate. However, during this period it is possible to admire unique and breathtaking views. In the northern area and in particular in the city of Katherine, it is possible to admire extraordinary waterways inside Nitmiluk National Park. It should be remembered that due to the heavy rains, some areas of Kakadu may be inaccessible due to the high risk of flooding. Despite this, it is still possible to fly over the region by helicopter to admire the majestic waterfalls from a new angle.
As for the tropical north of Queensland, the precipitation in this area is concentrated in the late afternoon or evening, which gives splendid sunny mornings. As for the southern coastal area, the rainy season is ideal for diving on the coral reef, however it is necessary to wear a suit due to the presence of jellyfish.

The best time to visit the Top End is from May to October. Here you will find hot days and cool nights. The northern area of Australia during this period has slightly lower temperatures between 25 ° and 30 ° (rarely below 17 °). The absence of precipitation is indicated to visit the tropical north of Queensland. In the south, however, the jellyfish are beginning to disappear and it is therefore possible to swim without any protection.